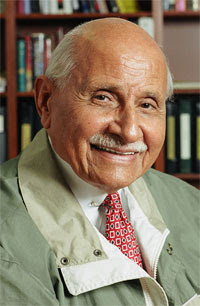 STATEMENT BY PRESIDENT OBAMA ON THE PASSING OF PERCY SUTTON: 'Percy Sutton was a true hero to African Americans in New York City and around the country. We will remember him for his service to the country as a Tuskegee Airman, to New York State as a state assemblyman, to New York City as Manhattan Borough President, and to the community of Harlem in leading the effort to revitalize the world renowned Apollo Theater. His life-long dedication to the fight for civil rights and his career as an entrepreneur and public servant made the rise of countless young African Americans possible. Michelle and I extend our deepest condolences to his family on this sad day.'
Posted by Sabrina Gledhill at 12:12 No comments:

When you're young, gifted and black, your soul's intact

In the whole world you know
There are billion boys and girls
Who are young, gifted and black,
And that's a fact!

Young, gifted and black
We must begin to tell our young
There's a world waiting for you
This is a quest that's just begun

When you feel really low
Yeah, there's a great truth you should know
When you're young, gifted and black
Your soul's intact

Young, gifted and black
How I long to know the truth
There are times when I look back
And I am haunted by my youth

Oh but my joy of today
Is that we can all be proud to say
To be young, gifted and black
Is where it's at

http://boscarol.com/nina/html/where/tobeyounggifted.html
Posted by Sabrina Gledhill at 08:41 No comments: 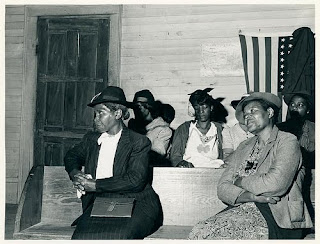 During the church service at a Negro church in Heard County. New York Public Library.
Many of you who live or grew up in Black communities in the United States have probably heard of "Watch Night Services," the gathering of the faithful in church on New Year's Eve.
The service usually begins anywhere from 7 p.m. To 10 p.m. And ends at midnight with the entrance of the New Year.
Some folks come to church first, before going out to celebrate.
For others, church is the only New Year's Eve event.
Like many others, I always assumed that Watch Night was a fairly standard Christian religious service -- made a bit more Afro centric because that's what happens when elements of Christianity become linked with the Black Church.
Still, it seemed that predominately White Christian churches did not include Watch Night services on their calendars, but focused instead on Christmas Eve programs.
In fact, there were instances where clergy in mainline denominations wondered aloud about the propriety of linking religious services with a secular holiday like New Year's Eve.
However, there is a reason for the importance of New Year's Eve services in African American congregations.
The Watch Night Services in Black communities that we celebrate today can be traced back to gatherings on December 31, 1862, also known as "Freedom's Eve."
On that night, Blacks came together in churches and private homes all across the nation, anxiously awaiting news that the Emancipation Proclamation actually had become law.
Then, at the stroke of midnight, it was January 1, 1863, and all slaves in the Confederate States were declared legally free .
When the news was received, there were prayers, shouts and songs of joy as people fell to their knees and thanked God.
Black folks have gathered in churches annually on New Year's Eve ever since, praising God for bringing us safely through another year.
It's been 145 years since that first Freedom's Eve and many of us were never taught the African American history of Watch Night, but tradition still brings us together at this time every year to celebrate "how we got over."
Posted by Sabrina Gledhill at 15:12 1 comment: