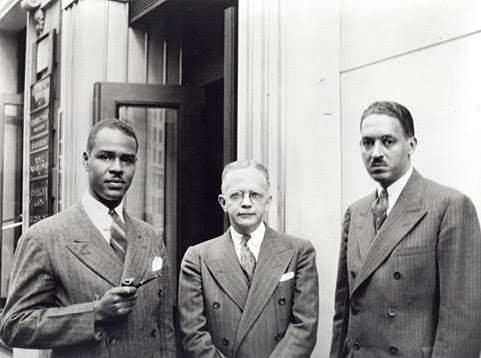 Thurgood Marshall poses with the two principal officers of the NAACP: Walter White, the national secretary, center, and Roy Wilkins, the assistant national secretary.
(Courtesy of Library of Congress)
Source: http://americanhistory.si.edu/brown/history/3-organized/mr-civil-rights.html
Posted by Sabrina Gledhill at 10:56