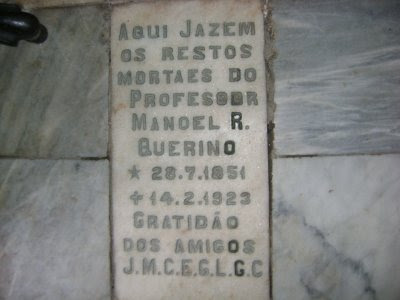 Manuel Querino was originally buried in Quinta dos Lázaros Cemetery, but at some point his remains were transferred to the Church of Nossa Senhora do Rosário dos Pretos (Our Lady of the Rosary of the Black People), which means he probably belonged to the confraternity that is housed there to this day. The church was built by Black slaves and freedmen for their own use in the 17th century, when they were not allowed to worship alongside Whites.
Posted by Sabrina Gledhill at 22:29