Darwin was an abolitionist 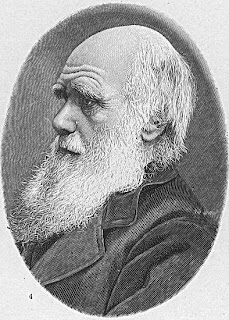 ...while many of his contemporaries approved of slavery, Darwin did not. He came from a family of ardent abolitionists, and he was revolted by what he saw in slave countries: “Near Rio de Janeiro I lived opposite to an old lady, who kept screws to crush the fingers of her female slaves. I have stayed in a house where a young household mulatto, daily and hourly, was reviled, beaten and persecuted enough to break the spirit of the lowest animal .... It makes one’s blood boil, yet heart tremble, to think that we Englishmen and our American descendants, with their boastful cry of liberty, have been and are so guilty.”

Posted by Sabrina Gledhill at 10:21