John Hope, the Prince Who Refused the Kingdom 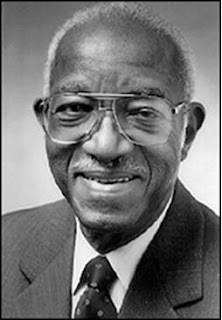 http://www.truthout.org/040809EDU
Henry Louis Gates Jr., The Root: "When I was 20, I decided to hitchhike across the African continent, more or less following the line of the equator, from the Indian Ocean to the Atlantic. I packed only one pair of sandals and one pair of jeans to make room for the three hefty books I had decided to read from cover to cover: Don Quixote, Moby Dick and From Slavery to Freedom: A History of Negro Americans. I read the latter - the black-and-white-bound third edition of John Hope Franklin's 1947 book - while sailing down the Congo River and recovering from a nasty bout of dysentery. It became such a valued reference for me that I kept it, for years, in the bookcase at my bedside."
Posted by Sabrina Gledhill at 21:09