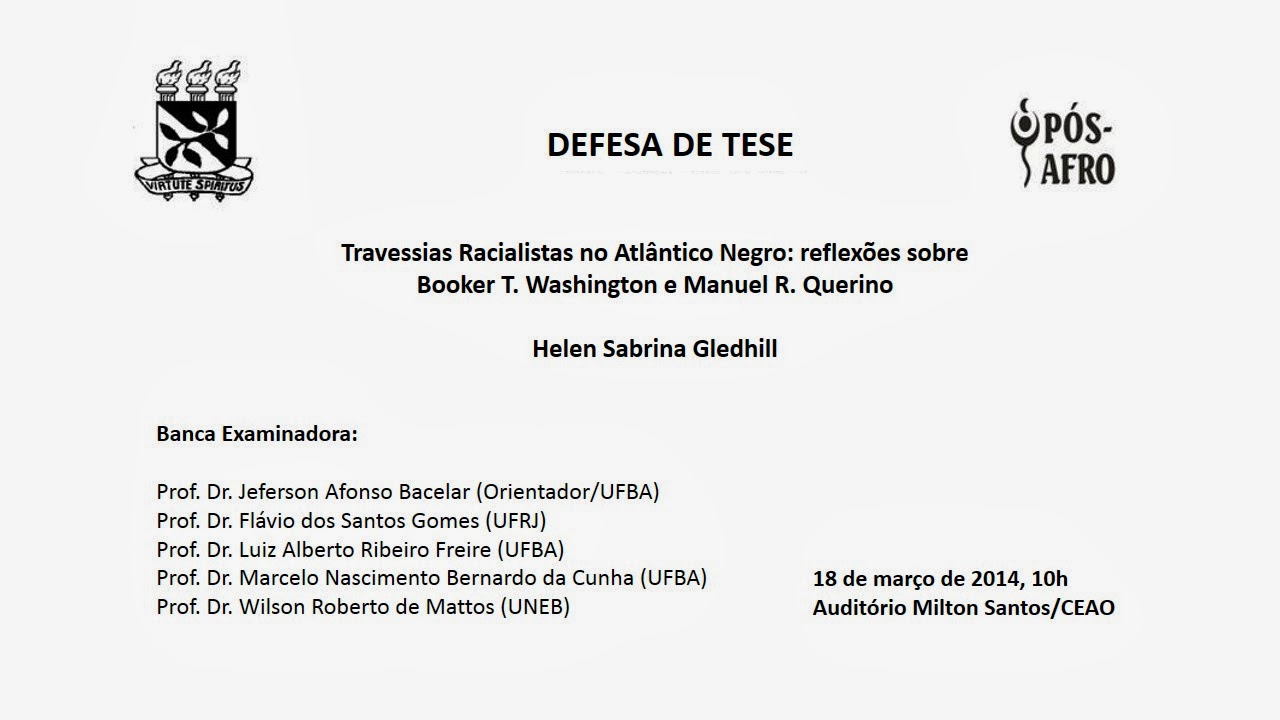 Posted by Sabrina Gledhill at 15:39

I have just come across your blog in the course of researching the epigraphs in Amado's _Tent of Miracles_ for a book project I am working on, and I am both glad to find your work and hopeful that you will receive this comment.

I had never heard of Querino until I began re-reading Amado's novel a couple of weeks ago and became intrigued by Amado's narrative techniques and the similarities of some of them to those of William Faulkner's novel _Go Down, Moses_. (My first time through it, for my own dissertation many years ago, I confess that I don't remember even reading the epigraphs, much less researching them). At any rate, I was wondering if you would be able to comment on a remark Amado once made on Querino that I came across yesterday: "Querino moved upward[;] Pedro Archanjo moved forward" (in Bobby J. Chamberlain, _Jorge Amado_ (Boston: Twayne, 1990), 77). I gather from your dissertation's abstract that Querino was regarded by some as a kind of sell-out, just as Booker T. Washington was. I understand that you argue against that in your dissertation, and so I am hoping you could summarize the nature of the critique Amado is making, or refer me to some books or articles on the subject. (Thanks to my Spanish, I can sort of read Portuguese, but sources in English are welcome, too.)

Thank you in advance for your time. If you are curious about my work, I would like to invite you to visit my blog, whose main subject is my book project: _Domestic Issue_ (johnbuaas[dot]com)

Thank you for your comment. I would interpret Amado's statement this way - his character, Pedro Archanjo (who was based on many other historical figures as well as Querino), was more of an activist and Querino supposedly played by the rules and therefore improved his social status. Actually, Querino was very outspoken, especially in his defense of Africans and their descendants, and made enemies in the course of his career. He also made many friends, as the prominent figures who attended and spoke at his funeral made abundantly clear.