Commentary: Race is still an issue for America

CNN Editor's note: Susan Glisson is director of the William Winter Institute for Racial Reconciliation, based at the University of Mississippi. It helps communities cope with racial issues and promotes research on race. Glisson is co-author of "First Freedoms: A Documentary History of First Amendment Rights in America." 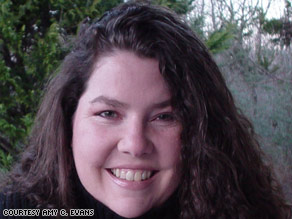 Susan Glisson says it's a mistake to think charismatic leaders are the only source of social change.

(CNN) -- As the inauguration of the first African American president approaches, the national news is full of race-related stories.

Rioters have been arrested in Oakland, California, in protest of an police officer allegedly killing an unarmed black man; the Centers for Disease Control report that Mississippi has the highest teenage pregnancy rate in the country, predominantly among black and Hispanic teens; and the journal Science reports that "many people unconsciously harbor racist attitudes."

Combine these issues with continuing demonstrated disparities in health care, education, housing and criminal justice, and it would be productive to admit the obvious: the election of Barack Obama did not end the America's problems with race.

It is important to note what has changed, due largely to the successes of the black struggle for freedom, especially during the 1950s and 1960s. Because of these hard-won gains, the narrative that "if you work hard, you can be anything you want to be, no matter how many obstacles racism and poverty might place in your way," is now more appropriate than ever before.

A new generation of young people, for many of whom legal segregation is an almost unbelievable part of history, reached across racial and ethnic lines to help elect a president and even now work to engage in substantive community service wherever they live.

The U.S. Census notes that the United States will no longer have a white majority by 2050. Social Security payments for an aging white population will have to be paid by an increasingly brown and black work force, which may resent such support.

Clashes over immigration and tensions between blacks and Latinos suggest that we have much work to do to fulfill the vision of "a more perfect union."

While news media and the Internet often sensitize us to these issues, it can also often overwhelm us. It is important, therefore, to understand not only the potential obstacles we may face but also how we might respond to them.

Sherrilyn Ifill offers the most useful characterization of successful solutions in race relations in her book "On the Courthouse Lawn." Ifill argues that conversations on race are often stymied because they attempt to include the whole of racial history in one conversation.

Thus we try to discuss the Middle Passage, Jim Crow segregation, and Don Imus' comments simultaneously and therefore end up solving nothing. The most productive conversations -- and the ones that occur the least, Ifill suggests -- are local ones.

The need for such locally focused, community-based conversations is tied to a basic principle of social change: effective social change occurs by focusing on local issues, using grassroots, nonviolent strategies.

This brings us to another stumbling block on the road to creating a more perfect union. We are quick to laud leaders such as the Rev. Martin Luther King Jr. and Bobby Kennedy for their contributions, which were very significant. But much of what we have been taught about those contributions is a myth perpetuated by the most egregious shortcoming in teaching history: the savior narrative.

We have all been told that a charismatic leader transformed the South and brought everyone to freedom. For example, everyone knows the story of Rosa Parks. Most students are taught that Rosa Parks was simply just too tired to get up from her seat on the bus that day in Montgomery, Alabama. She was a simple, brave woman who answered the call to stand -- in this case, sit -- for the Greater Good.

It's a great story.

In the spring of 1955, 15-year-old Claudette Colvin was arrested for violating the segregation ordinance of Montgomery, Alabama. A group of local activists debated using her case to challenge segregation on buses there but decided to wait for a more appropriate case.

That opportunity came in December of that year, when a secretary of the local NAACP, who had been attending leadership and organizing training sessions at Highlander Folk School, chose to remain in her bus seat with the goal of being arrested, allowing the Montgomery group to launch their challenge to the segregation code. That woman was Rosa Parks.

Today, we call that woman the "mother of the civil rights movement."

The savior myth suggests that social change occurs only from a charismatic leader; and that in the absence of such a leader, we cannot accomplish social change on our own. The opposite and more accurate characterization is a more useful model for change.

As we hear near-messianic descriptions of President-elect Obama, we would be mindful not to deify him and assume he can fix all problems.

The reality of social change during the civil rights period is more complicated and more accessible than any savior myth. Social change begins from the bottom up, with everyday people joining together to make a change. They learn the necessary tools for investigation as well as for resolving conflicts in a nonviolent fashion and for engaging the community.

These first steps are followed by careful analysis of the problems and negotiation with stakeholders who can make a difference. Massive protests are actually a final step when all previous work has failed, not a first-strike response. In the absence of such work on the ground, massive protests fail.

Obama tapped into this rich legacy and changed the course of electoral history.

The challenges we face in race relations remain difficult but are not insurmountable. And we have, within our own histories and communities, the tools to secure a more equitable and inclusive future for all of our children.

The opinions expressed in this commentary are solely those of Susan Glisson.

Posted by Sabrina Gledhill at 11:02